The History Of Taekwondo

Taekwondo is the art of self-defense that originated in Korea. It is recognized as one of the oldest forms of martial arts in the world, reaching back over 2,000 years. The name was selected for its appropriate description of the art: Tae  (foot), Kwon  (hand), Do  (art).

The Kwans united in 1955 as Tae Soo Do. In the beginning of 1957, the name Taekwondo was adopted by several Korean martial arts masters, for its similarity to the name Tae Kyon. 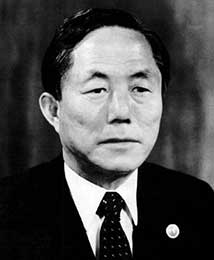 General Choi Hong-hi required the army to train Taekwondo, so the very first Taekwondo students were Korean soldiers. The police and air force had to learn Taekwondo as well. At that time, Taekwondo was merely a Korean version of Shotokan   Karate. In 1961 the Korean Taekwondo Union arose from the Soo Bakh Do Association and the Tae Soo Do Association. In 1962 the   Korean Amateur Sports Association acknowledged the Korean Taekwondo Union and in 1965 the name was changed to Korean   Taekwondo Association (K.T.A.). General Choi was president of the K.T.A. at that time and was asked to start the I.T.F.  as the international branch of the K.T.A. The southern government was overthrown in 1961. General Choi Hong-hi left for America and established I.T.F. (International Taekwondo Federation) Taekwondo, as a separate entity, two years later.

Demonstrations were given all over the world. It took a while before real progress was made, but eventually, in 1973, the World Taekwondo Federation (W.T.F.) was founded. In 1980, W.T.F. Taekwondo was recognized by the International Olympic Committee (I.O.C.) and became a demonstration sport at the Olympics in 1988. In the year 2000 taekwondo made its debut as an official Olympic sport. There were several attempts to unify I.T.F. and W.T.F. Taekwondo, but unfortunately, these failed. 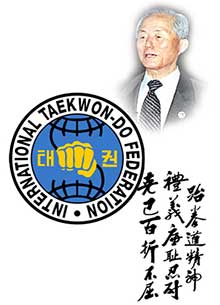 General Choi established ITF-Taekwondo (which practices a   more traditional form of taekwondo) while WTF-Taekwondo   (which has a strong emphasis on sparring) became an Olympic sport in 2000.

A goodwill trip to North-Korea in 1966 caused General Choi to fall in disgrace in the eyes of the South-Koreans. Choi resigned as president of the K.T.A. and founded the I.T.F. on March, the   22nd of that same year. The headquarters of ITF was established in Canada.

ITF started concentrating on the forms developed by General   Choi, while the KTA (which later, on May 28, 1973, became the WTF) concentrated on the Palgwe’s. Later the WTF abandoned the Palgwe’s and started concentrating on Taeguks. Slowly, the WTF emphasis turned to sparring. This is also the reason why a lot of people call (WTF) Taekwondo a ‘Martial Sport’ rather than a ‘Martial Art’.

The American Taekwondo Association (ATA) is a smaller organization, and has many similarities to the ITF. The ATA has a copyright on the forms of the organization, so these forms cannot be used on competitions by non-members. There are many organizations, but the three mentioned above have the most members.